Does the Napoleon-complex theory explain President Putin's actions? A psychologist looking into the mind of a dominant leader

Is there such a thing as a Napoleon-complex? And does it apply to Russian President Vladimir Putin and his hunger for power and dominance? 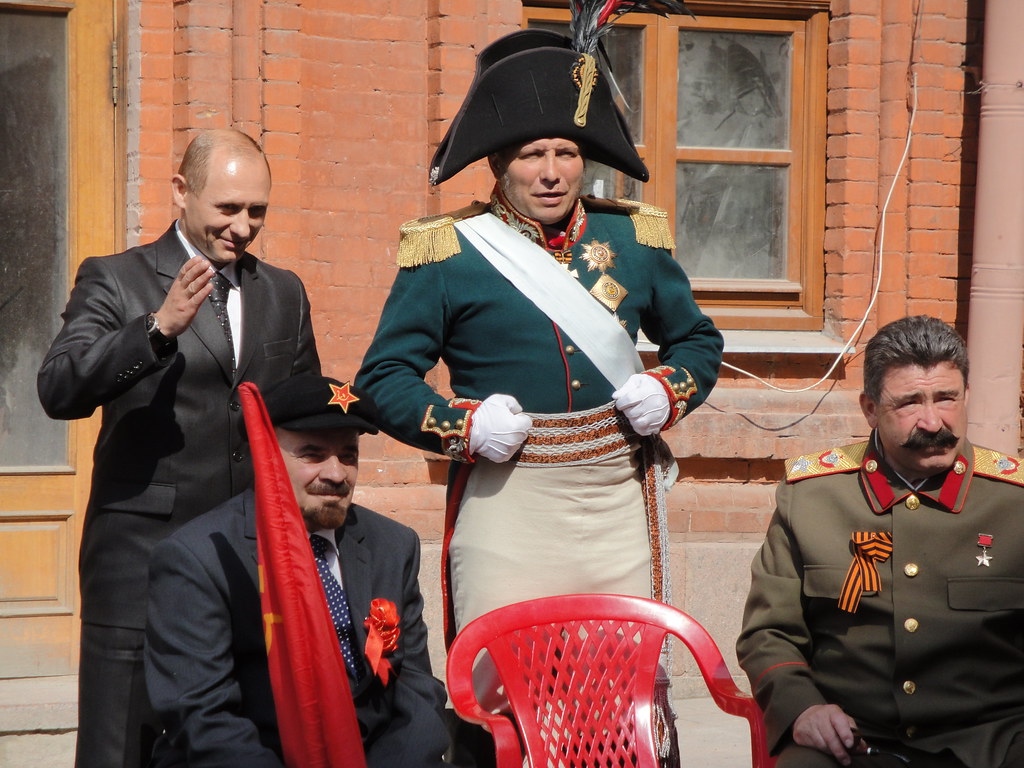 Is Vladimir Putin a megalomaniac despot or a clever political strategist ? Does President Putin suffer from overconfidence, due to a narcissistic personality disorder, or is he just standing up for the interests of Russia, and the Russian-speaking minorities in neighboring countries ?

We do not know exactly what goes on in the Putin’s mind. Maybe that is the problem!

When the Cold War ended the attention of the Western world slowly but surely moved to the Middle East and the  to China. We were not very interested anymore in Russia as a former superpower. As a result, at least in the Netherlands, it is difficult to find a place to study the Russian language, and we have a generation of diplomats, politicians and military officers who perhaps have little understanding of Russian culture and the mindset of its people.

Fortunately, we can conduct, albeit from a distance, a psychological analysis of president Putin. One striking feature of Putin is his dominant leadership style. He intimidate his rivals and anyone who does not agree with him is being bullied and threatened with punishment. Another striking physical feature of the Russian president is that he is short. He is not even 1.70m (5.7ft) tall which is in stark contrast to other world leaders like Biden (1.82m) and Xi Jinping (1.80m). Our own Dutch prime-minister Mark Rutte stands at 1.93m. Putin is also much shorter than most of his Cabinet. In meetings foreign minister Sergey Lavrov towers above him at 1.88m.

Are these two characteristics of President Putin related? Is there a relationship between height and leadership? There has been much research into this in psychology and political science. Virtually all the research shows that there is a height premium for leaders. Political leaders and CEO's are, on average, taller than the people they lead. A historical study of the U.S. presidential elections shows that the taller of the candidate wins the popular vote more often and a taller president is also more likely to get re-elected.  In our minds there is almost an automatic association between height and power. When children are asked to draw a leader on paper, they draw a larger figure than when drawing an ordinary person. In our research, participants rated a picture of John, a businessman and Mary, a businesswoman in terms of leadership. Half of the people got to see a tall version of John and Mary and the other half a short version. We found that the tall versions of John and Mary were rated as significantly  more leader-like. The height-premium was larger for John than for Mary though.

What happens with male leaders who are short? Well, they may not seen as very leader-like in the first place, so they start out with a handicap. Yet history has had its fair share of them and they made a significant impact on world affairs. Think of Napoleon Bonaparte ( 5ft7 ), Joseph Stalin (5ft5), Silvio Berlusconi (5ft5) and Putin. An interesting theory from evolutionary psychology, first raised by Thomas Pollet from Northumbria University, is that short leaders suffer from the Napoleon-complex. This syndrome is named after the little emperor Napoleon Bonaparte (who, as was later revealed, was in fact not shorter than the average Frenchman of his time).*

The Napoleon-complex argues that little men may try to compensate a lack of physical strength by displaying an extreme drive, ambition, and self-confidence. The Napoleon complex suggests that shorter men are more likely to have megalomania feelings, initiate conflicts more frequently and respond aggressively to any threat or provocation.

In animal research there is evidence for the Napoleon complex. Biologists found in several fish species that the smaller males start fights more often than the big guys. The explanation for this is that the little guys compensate their lack of body strength with applying more Machiavellian tactics to get their way, for example, by outsmarting their rivals or being extremely risk-taking or overcommitted to a cause (such as continuing in a war of attrition until the opponent finally gives in).

Our own psychological research supports the Napoleon-complex in human males too. In our studies the shorter guys more often cheated in a competitive game when paired with a taller opponent. So perhaps there is some truth in the saying:  “if you are not strong, you better be smart.” After all, that’s how David beat Goliath.

The Napoleon-complex suggests a link between a short stature and a dominant leadership style.  Putin would be expected to act pretty much like how the Italian philosopher Niccolo Machiavelli dictates in order to compensate for his shortness and achieve his aims. Machiavelli wrote that for a leader it was better to be feared than to be loved. And, no ruler would be any good if your opponents could guess your intentions. Putin 's leadership style is definitely Machiavellian.

A typical strategy of a dominant leader is to start a quarrel with another group if they want to strengthen their own power position. Social-psychological research shows that if the position of a leader in a group is not stable, dominant leaders often resort to aggression, for example, by kicking out rivals or by attacking another country. Holding on to their power is more important at that moment than the welfare of their followers or of the group they represent.

Dominant leaders also want to appear dominant. Their head is tilted downwards when they speak and they express very few emotions. People are able to correctly classify dictatorial from democratic leaders just based on the way they look in their photographs. As Biden said to Putin after they met:  “Mr. Prime Minister, I’m looking into your eyes, and I don’t think you have a soul.’ Typical for a dominant leader, Putin wants to show off his masculine side to the world. He likes being photographed as he goes hunting or fishing, and then preferably bare-chested. This is an important signal by which he establishes his dominance over others. The machismo of Putin is a sexual signal too. With his dominance displays he is no doubt also trying to impress his romantic partner, former Olympic gymnast Alina Kabayeva, who is his junior by 30 years or so.

Finally, why would the Russians want a dominant leader like Putin in charge of their country? Tons of studies now show that people want a dominant leader when they feel threatened. For instance, people vote for a dominant leader when they are at war with another country or when they experience a loss of income, for instance during an economic recession (which suggests perhaps that sanctions are not going to turn the Russians against their leader). The emotional reactions of followers towards a dominant leader are a peculiar combination of fear, anger, but also appeasement and sometimes even admiration (which implies that the Russians are also partly to blame for Putin's decisions). At the same time, research suggests that as followers become increasingly worried that leaders are using their dominance against them, their preferences shift to a more benign, prestige-based leader.

It would be quite dramatic for the citizens of Ukraine, Europe, and the rest of world if the megalomaniac and Machiavellian tendencies of Putin, a man of short stature, who is trying to impress his enemies, his own citizens, and perhaps his much younger lover would result in the Third World War. Nothing is impossible however, because history shows that dramatic political events sometimes occur at the hands of dominant leaders with the Napoleon-complex.**

*Historians have determined that Napoleon was about average in height compared to the Frenchmen of his time. He looks shorter because the soldiers who surrounded him were selected for their height in order to protect the emperor well, so on paintings he seems a lot smaller. This was probably also due to British war propaganda as the Brits liked to refer to him as a little man. That’s probably where the image of the "little emperor" originates from.

**We must not forget that Putin’s opponent, Ukrainian president Zelensky is also of short stature (1.70m), which could have all sorts of consequences for the duration of this conflict.

This is an update of a prescient blog that I wrote for Psychology Today in 2014 about Putin and the Napolen-complex. Since then a lot of new and relevant research has come out.